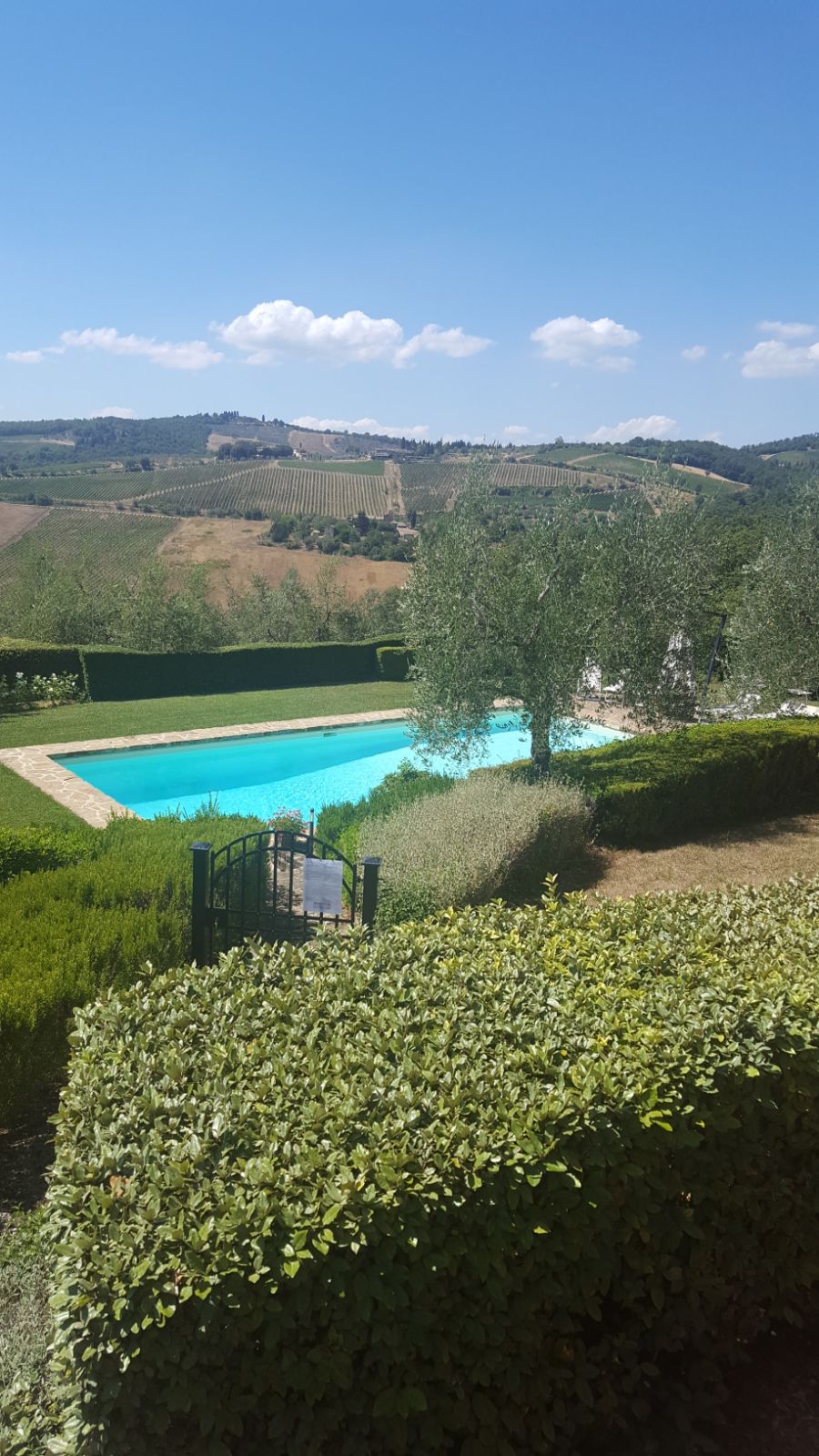 Located in the Conca d’Oro, in Panzano, Chianti, Carobbio covers about 50 hectares, 10 of which are specialised vineyards and two are dedicated to olive cultivation. The rest is forest. Panzano’s natural advantages come from the village’s particular geographical location, perched on top of a north-pointing hill rising imposingly above Greve. The hill and its houses protect the southern valley from the cold Apennine winds, making it the most favourable for wine production. The peaks of Monte Domini, Poggio Convento, Monte San Michele and Monte Querciabella in the east shelter the vineyards of Carobbio from the winds and damp air from the Arno. The exposure here is to the south. Being in the northern hemisphere, it benefits from long hours of sunlight during the day. This maximizes grape ripening, especially Sangiovese and Cabernet, the two aristocrats of Tuscan viticulture. The perfect exposure, an elevation of between 350 and 400 metres above sea level and the nature of the soil make this the perfect place to cultivate these wonderful grapes and transform them into wine of the highest quality and value. The company has been restructured to enhance its traditions and strengthen the deep bond with its territory.

The Carobbio soils are characterised by a significant proportion of clay at depth, while the middle layer of the fertile soil contains sandstone and siltstone strata. Marl and Alberese, the two trace soil components typical of Tuscan land, are abundant here. These components create optimal natural soil drainage and allow the plant roots to penetrate more deeply, tapping water reserves and an abundant source of microelements. Soils are variable and can differ widely, especially in areas with steeper slopes.

The transformation of the intrinsic qualities of the terroir and its grapes is not spontaneous or automatic. Wine is made by people, and they make the difference. Nurturing the potential of the land and its fruits, meticulous and obsessive attention to every stage of creation, organisational and intellectual effort and the ability to reject easy solutions all make Carobbio a perfect expression of excellence.

View all posts by nicolli76